Has anyone used a Drag Knife on the CNC? If someone has experience with this I would love to hire you to give me a bit of a tutorial.

James wasn’t sure it would be possible to use thinking that there is no way to not run the spindle during a design tool path.

I noticed in Vcarve there is a specific drop down menu item for a setting up a drag knife tool path but it requires the spinal to be off.

My other thought would be creating a drag knife tool setting with the RPMs set to 0.

If anyone can help or is interested in figuring this out with me I will order the drag knife.

I do a lot of leather work and would love to be able to cut patterns using the CNC.

The “drag knife” toolpath in VCarve is used to do something a little different. A drag knife literally drags the blade behind the center of the rotating axis, right? Like the tip is trailing 1/4" behind the spindle’s center, and the knife self-aligns itself with the direction of travel

This works great for the middle of a straight line. However, consider a 1" square. If the knife tip’s dragging 1/4" behind the spindle, the spindle’s coordinates hit the corner and starts going 90 deg in another direction, then the knife tip turns mid-side, rounds, and never reaches the corner.

So, “drag knife” with a 1/4" tip offset would have the spindle overshoot the corner of the square by 1/4", then loop around (to steer the swiveling blade) and start the next side with the blade in a predictable orientation.

Is there a way to absolutely ensure the spindle can’t start with the drag knife in it, if something goes wrong and there’s an M3 spindle start command in the g-code? Well, yeah- just don’t power up the VFD. The machine will interpret G-code just fine, if an accidental M3 is encountered, the interpreter will wait for the spindle to spin up to the specified speed which is impossible without VFD power, so the interpreter mode is stalled indefinitely

The drag knife I am considering buying puts the cutting tip directly in the center of the spindle. 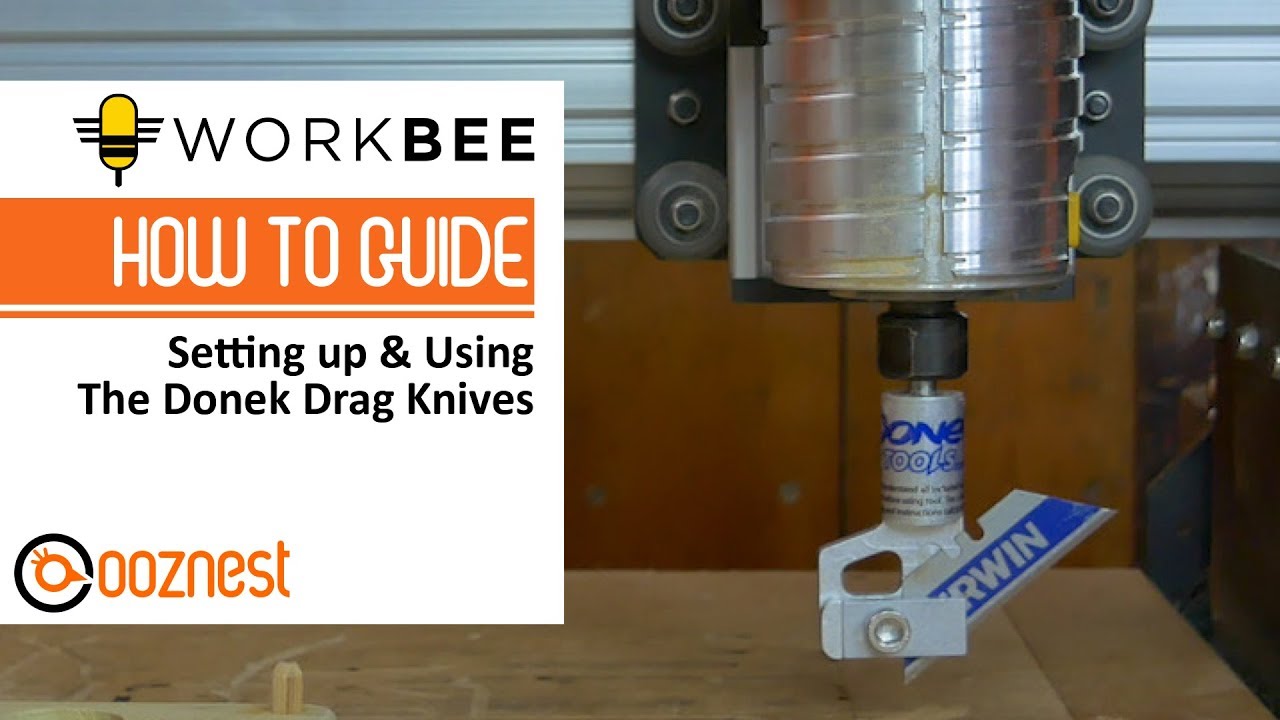 Link to drag knife on Amazon

I just got the dog river one for a project. I haven’t used it yet. I would just edit the gcode. It is just a text file. Delete the spindle start command. Anyways I can bring it in this sat if you want to run some tests.

I think the Dog River brand is a better value than Donek. You get 2 blades positions in one cutter.

The Donek and Dog River drag knives do indeed have an offset. It’s just kept small.

All drag knives must have an offset, if the tip were directly under the spindle center it would not self-orient and would be unstable. There are systems where the spindle itself is oriented by a stepper motor and commanded to orient in arbitrary directions, and don’t use drag.

I’ll create a Drag Knife postprocessor to VCarve. It will not create M3 spindle start commands in its G-code.

Shoot me a text and let’s set up a time. I could probably do Saturday morning but if not Sat, I’ll have a lot of free time next week.

It seems the allowable minimum offset is going to vary with material depth.

e.g. with a blade at say 45 deg and the tip at 0.15" offset, it could cut 0.003" vinyl just fine, as the leading edge of the blade is still behind the spindle center. However, if cutting say 1/4" foam, then as it goes deeper, the leading edge of the angled blade is in front of the spindle center being pushed from behind, so it may become unstable and try to twist itself the wrong way. Once it starts going off-axis even a tiny amount, the torque pulling it off-axis will only rapidly increase and it will go sideways and tear through the material.

Why would you need to cut something thicker that 1/4"?

Especially with a utility razor blade.

That’s a death sentence before the trial even starts.

Leather cuts very nicely on our red laser. I would just use that

Yeah I planned on learning the laser for this as well but I also use a pvc coated vinyl material that I don’t believe can go in the laser. Correct me if I’m wrong.

I did have some decent success cutting it with the CNC tonight using a 1/8 inch bit. Need to figure out a better way to secure it down.

Vinyl material can never go in the laser. And note the reason- it’s not a challenge here to see if you can make it work. PVC is about 60% chlorine atoms by weight, it turns into chlorine gas and hydrogen chloride. I’m not sure of how bad that amount would actually be for the immediate area outside the exhaust, but I do know for certain it will corrode the interior of a laser cutter.

Is everything labeled “vinyl” the same as PVC (polyvinyl chloride), and has the same chlorine problem? I did try to research that, and, for the most part, yes. Like vinyl records and clear flexible vinyl like you use in popup camper sides and the air barrier curtains you see hanging in a refrigerated warehouse, they all have chlorine. The only exception I found was someone selling “laser safe vinyl”, which was badly misusing the term- it was a flexible plastic with an adhesive backing (just like vinyl we put in a vinyl cutter), but the only reason it was laser-safe is that it was NOT vinyl. I think it was a polyurethane? Not sure. 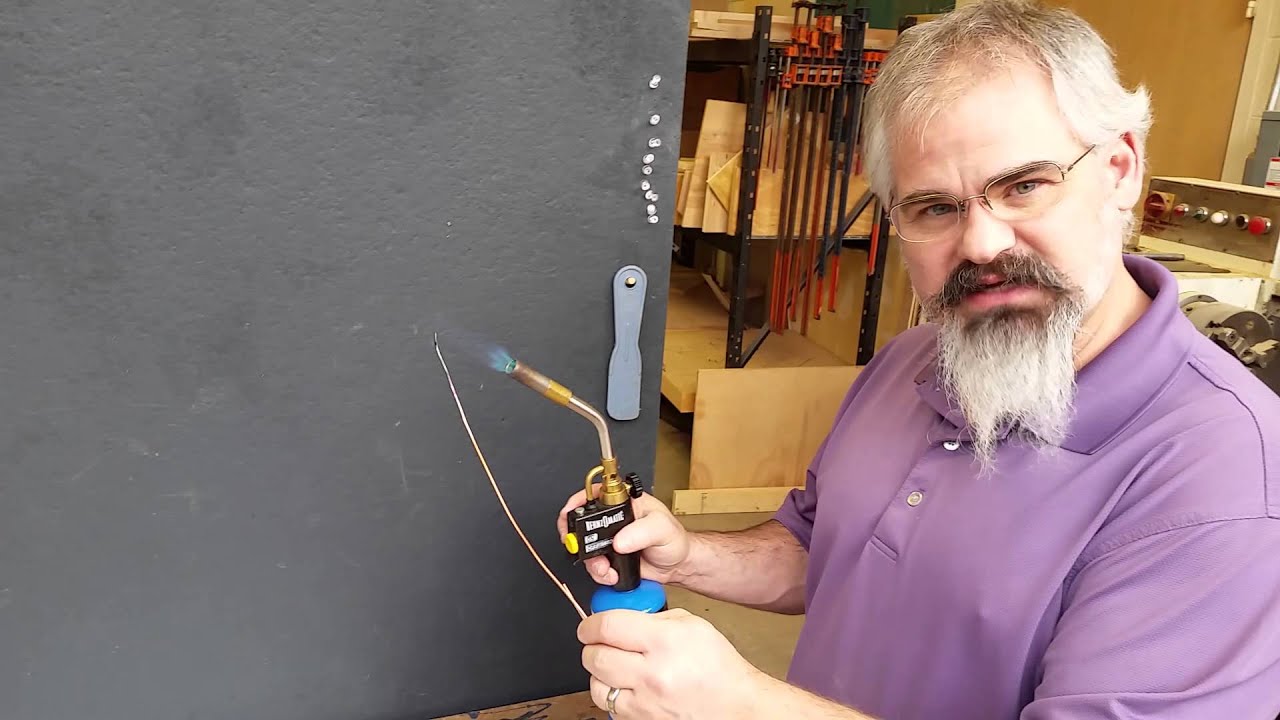 If this happens next week and you don’t mind a hanger-on then let me know and I’ll join too.

My other thought would be creating a drag knife tool setting with the RPMs set to 0.

Oh it just occurred to me- I designed the system on that CNC. I’m pretty sure I coded a handler that RPM below the absolute min the VFD could do would just be rounded up to the min RPM. There was no exception for RPM=0. It will be rounded up, so this won’t work, unless LinuxCNC interface puts the C code interface for the VFD into the STOP state instead of RUN. Actually, not sure.

I do see you’re thinking out of the box on how to trick VCarve into this. The answer is definitely a new postprocessor that does not issue the M3 spindle start in the preamble, which I will make for you and you’ll see it on the Asmbly machine soon.

The way to handle the toolpaths is under Drawing (icons)/Fillets/“Plasma/Drag Knife”, and you do have to manually edit it into the design. Sorry, I didn’t mention this. Also, it’s one of the ~3 special cases of CAM backannotating into the CAD stage, backwards from the normal flow. That’s not great, it could, and should, be under a CAN toolpath op like Profile-ON.