I resumed my work on the Metal Lathe updates. First, I went through the tools in the lathe tray, cleaning, assessing, and sorting them. Here’s the result, after keeping only the good tools: 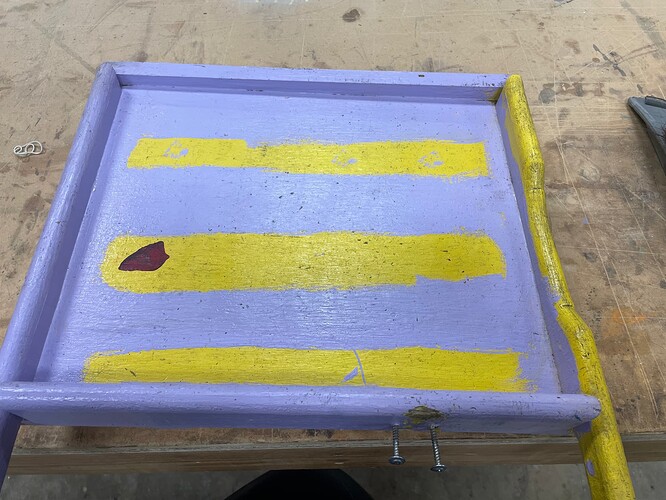 OK, I kid. Or perhaps I just exaggerate?…

First, there were a bunch of tools not specific to the lathe there, mainly a bunch of drill bits. I sorted them into labeled bags. They seem fine; I just don’t know where they should go. They definitely clutter up the lathe tool tray too much. 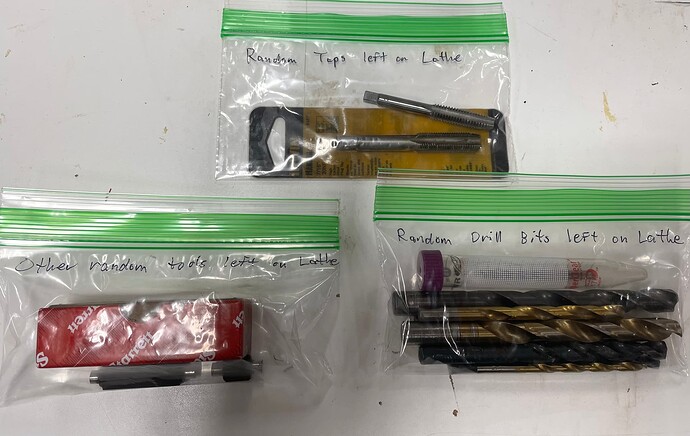 Then there were some lathe tools that I didn’t think needed to be stored on the lathe tray. There are a bunch of spare cutters for indexable tools. (Some of these seem to be for non-lathe tools, but I left them together.) There are several extra parting bars — but several are in bad condition; they should be discarded if they can’t be reground. Then there are a random assortment of classic lathe bits ground into various shapes. None are remarkable; if no one claims them specifically, my inclination is to declare them up-for-grabs as blanks for future grinding. Then there is some sort of specialty tool (in the blue box), and two tool bars that are neither indexable nor grind-able, a worst of both worlds that I was tempted to discard. 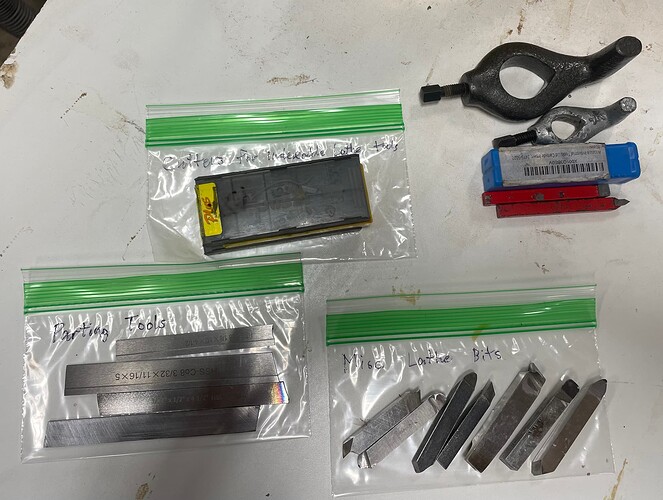 These were all put in two boxes and put in the machine shop cabinet. 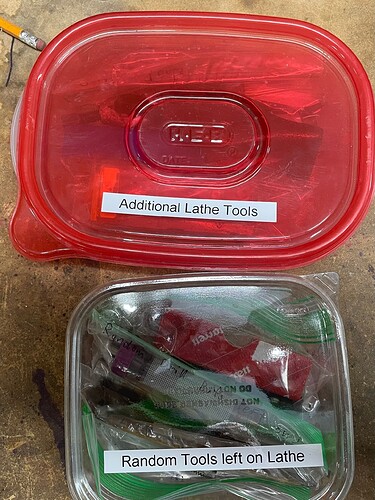 There were two items in bad shape I plan to discard if there’s no objection.

This left these tools in the lathe tray, which should be adequate for most purposes. Note that there are no cutter spares for the larger indexable tools; some are empty now. 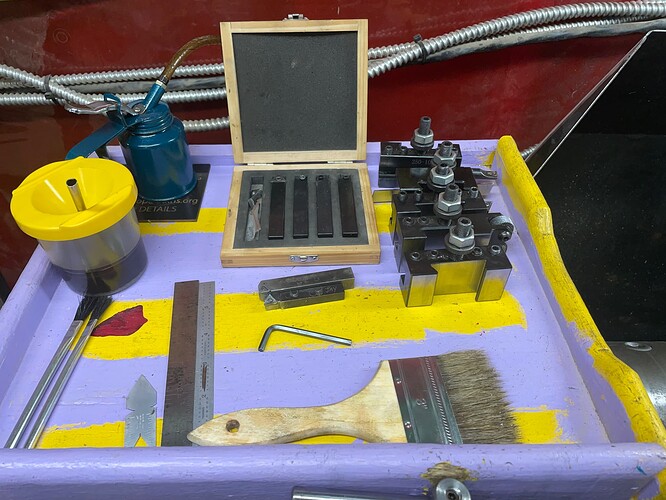 There had been a multi-wrench Allen wrench tool there; I don’t know where it has gone or if it’s even necessary. Myself, I used it for the stop device on the mill, not ever on the lathe.

Things we need to get:

We might also want a replacement for that mangled brass(?) brush and maybe an Allen wrench set to replace the AWOL set. These might be designated for the shop in general rather than just the lathe.

Awesome work Ethan, thanks so much for all your efforts!

The tool in the blue box is a carbide cutoff/grooving tool. I put a new insert in it recently, and I have a box of more if needed. I’d appreciate people reserving it for steel/stainless since it’s really unnecessary for aluminum and other soft metals. The box of inserts that you have there are for tools that we don’t have, so they’re useless at the moment.

The inserts on the cutters are indeed held by torx screws, and the screwdriver that fits them is in the clear jug on the table.

Is the center drill set in the clear cabinet missing any? Last I looked all of them were in there.

OK, then the “Additional Lathe Tools” box is a good spot for that specialty tool. I’ll add a label to it sometime.

At least one of the boxes of inserts are triangular shaped cutters that do fit the smaller indexable lathe tools. The other two boxes indeed did not seem to match anything we had. Little harm in keeping them while we are in the midst of buying tools in case they fit something we acquire. Once we’re through that process we can re-examine what we have.

I hadn’t noticed the clear jug on the table; that sounds like another set of things that needs sorting most likely.

The center drill set that we removed from the mill cabinet recently has not been complete for months: it’s had one #1, two #2, and two #5 bits. That set is only $15 on Amazon, so hardly an issue to replace; we should probably get more than one. (Though I think we should put the center drill bits with the lathe and get a few spot drill bits to accompany the tap and drill set that’s on the near term acquisition list.)

@JoeN, I’ve been thinking about the priorities in light of the general recent machine shop discussion. I think seeing if the power feed can be fixed is the highest priority now. Knowing whether this lathe can be made fully functional or not is crucial to making the decisions about big future purchases. So let’s table the hood issue for now.

I’m not really sure how to proceed on fixing the feed though; I’ll see if I can dig into it again next weekend. I recall that it seemed like it should work, but we can’t see what’s happening when the machine is actually running because that front panel is actually part of the mechanism for it.

A new set of center drills is in the “tool box” now.
yah we should probably move it over to the lathe tools and just get a 1/4” spot and a 1/2 “ 135 degree for the mill toolbox

@mgmoore You are right. We need to dedicate time to answering the question if the powerfeed/ threading will work. I’m busy this week. I can start looking this weekend?

There had been a multi-wrench Allen wrench tool there; I don’t know where it has gone or if it’s even necessary

You need it if you want to flip the chuck jaws around, or adjust the tool post.

Thanks for doing it, it looks so much more organized. I like the idea of the up-for-grabs/regrinding stack. I don’t use the lathe a lot, so having a selection of random cutter shapes is handy.