I had not been in all week, but Tarkin is not working properly again during class. 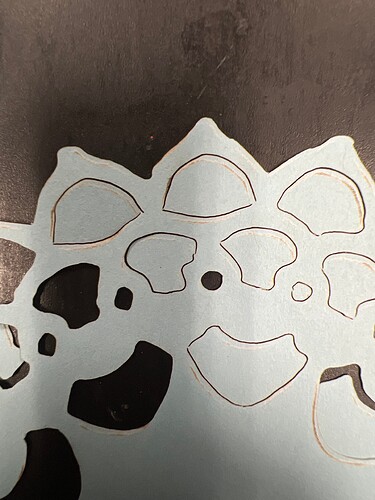 Was fine last night. Will take a look

Was #3 mirror out of alignment, clipping the beam on the cone. “Why” is a mystery- the adjusters were locked down, so I don’t quite see the cause. The cone didn’t move. I considered the theory that the head struck something, but I didn’t see a line in the dirt around an edge that would indicate it had moved.

I showed Bryan how to do the #3 alignment, but this should normally only come up if you like replace the mirror. Something else happened, and typically we want to track that down as the ultimate culprit so we’re not making random readjustments without understanding the cause. I’m thinking maybe the head did strike really hard and I’m just not seeing the marks showing it moved.

Was this fixed Tuesday night? I cut some plywood and it was doing the double lines. I left the plywood behind for you, @dannym. Its what we are considering for use on the new desk.

It was fixed then. What you have there is 18mm prefinish. I don’t know what species it used, but it does not laser cleanly. I got it to cut ok at 6mm/s but it chars quite a lot.

What you saw wasn’t the laser beam splitting or anything, it’s not a laser mark at all. It’s a tarry liquid that exudes from the wood when cut. It’s unusual, and made more apparent because it’s prefinish and doesn’t soak into the surface. Which is great because it can just be wiped off, but the charred edges are not as easily remedied

Is there a “desk plan” out there yet to review? 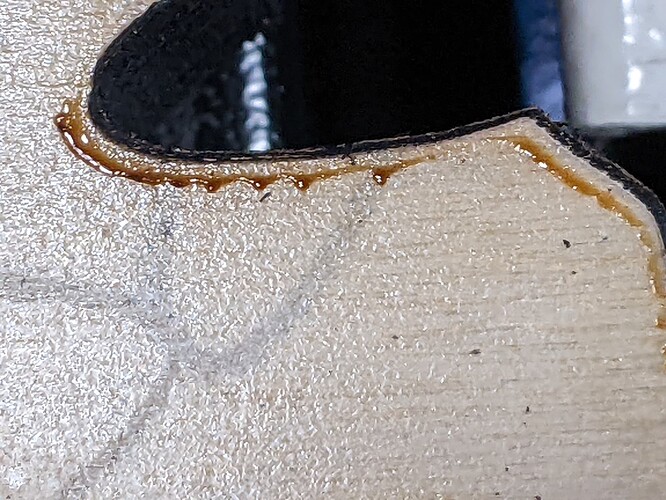 Thanks for looking at it Danny. I didnt spend a lot of time on it, so I didnt look that closely.