I am designing with Autodesk Inventor but don’t see a post processor that looks like it could work for the new CNC machines. I was considering transferring the designs to Fusion or even Vcarve but that would be really inconvenient. I sent a message to Laguna but so far no reply. Any ideas?

I think its hsm

Search for RichAuto post processors, the A series, not the B series. That’s the controller that the Laguna uses. You should be able to find it under that.

I can’t find any RichAuto or Laguna post processors in either the Inventor or Fusion libraries. I downloaded the Fusion .cps file but I don’t know if will work.

OK, I did find a richauto.cps file under the HMS library. It generates Gcode but here is no mention of series A or B so I don’t know if it will work. I guess I just have to try it and hope it doesn’ do any damage.

Give this a read.

I believe the 2 extensions we’ve verified on the machines are .mmg and .prg 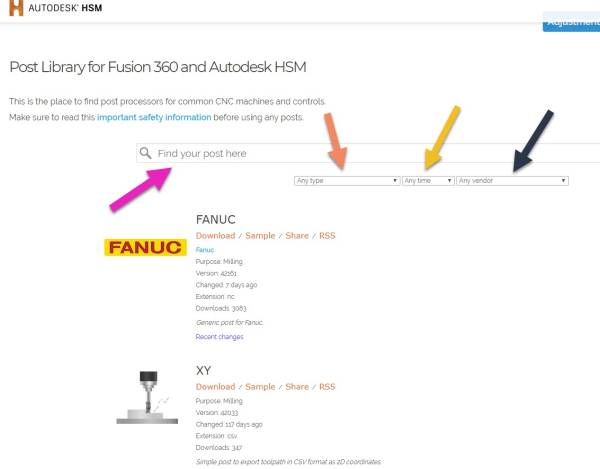 Getting additional post processors for Inventor HSM and Fusion360 CAM

Autodesk Inventor HSM and Fusion 360 come loaded with a lot of options for the post processors, but the post that you need may not be included in this library. Thankfully Autodesk has a searchable online library of posts that can be easily downloaded...

You can always contact Laguna for additional support as well. I would tend to discourage the let’s hope for the best approach if you have any doubt.

I have tried to contact Laguna before but they don’t seem interested in talking to me since I’m not the owner of the machine. I’ll keep trying.
Has anyone used Fusion with these machines?

FWIW, Laguna is much easier to get ahold of by email. Phone support seems to be hit and miss.

Did you not see the link I posted ,that is all the post processors for the lagunas. you just need to download. Inventor cam is hsm works. I also suspect the fusion one will work fine

I did get through to Laguna support and they sent me a post processor that they thought would work. Its the same one from Autodesk for Fusion so its probably good.