and another article explaining what the heck a Fresnel Collimating Light source is
A Fresnel what?! 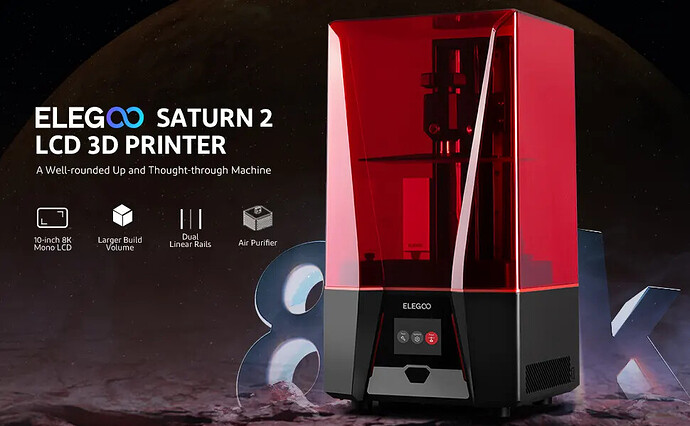 The Fresnel Lens is “the invention that saved a million ships.”
It redirects light to make practical long-range lighthouse beams.
Elegoo’s is same basic light redirecting technology as first used in 1823. 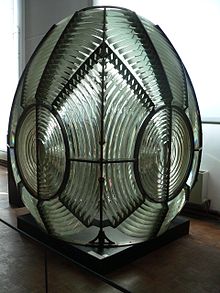 A Fresnel lens is a type of composite compact lens developed by the French physicist Augustin-Jean Fresnel (1788–1827) for use in lighthouses. It has been called "the invention that saved a million ships." The design allows the construction of lenses of large aperture and short focal length without the mass and volume of material that would be required by a lens of conventional design. A Fresnel lens can be made much thinner than a comparable conventional lens, in some cases taking the form of...

I have a Mars 3 which is a similar design. It’s not a bad printer, but it’s fiddly. I have one really big gripe and bunch of smaller ones:

The big gripe:
Elegoo uses Chitubox which has been really obnoxious about DRM lately. That meant that you couldn’t choose a slicer other than Chitubox for the newer Elegoo machines until the outcry finally got them to relent somewhat. Caveat emptor. If I buy another machine, I will probably avoid a Chitu-based system.

None of these are showstoppers and I suspect other manufacturers will have different ones. I use my Mars 3 just fine.

Let me know if anybody has other questions.

Chitubox has the market cornered with their mainboards in most resin printers. There is a group of developers working on an open-source slicer but it’s in the early stages.

Your calibration issue is odd as I haven’t recalibrated my machine yet after numerous prints.

Larger format machines have an auto resin fill and in a pinch, you can buy a beer belt from a brewery supply company to warm up your resin.

It’s good practice to self flatten your build plate when buying a new resin printer as you can ensure flatness and that there is a good texture on the plate.

My go-to resins are Eryone and JAYO for the moment.

I have a flex plate on my small resin printer and its pretty nice. I have one for my Saturn but haven’t bother to install it just because I don’t feel like adjusting the endstop switch.