Asking for help with printing a thing

No experience with 3d printers. I’ll learn eventually, but would someone be willing to modify a Thingiverse design for me and print it, in something strong like ABS or polycarbonate? Will pay for your time and materials.

Depending on what you want it to look like, it can be a lot easier said than done to modify a thingiverse STL. I don’t have much experience but I can give it a shot. However I don’t have any real experience printing with anything other than PLA, so I don’t know if I can help you there. I don’t think PC is a very common filament nor do I think it’s easy to print with, so ABS will probably be your best bet if I had to guess.

When I get time I’ll see if I can modify the file and post it here for someone else to try and print.

Hm, that’s a good point, I have no basis for assuming that modifying the file is even possible. I may as well download SketchUp tonight and play around with it myself!

EDIT Turns out SketchUp isn’t free anymore, last time I played with it was ages. Well, something else then.

It certainly is possible, but it’s much easier when you have the originals and not just the STLs. Not sure how much you know about 3D modeling, but most programs save their files with a bunch of metadata attached in their own propriety filetypes such as .SLDPRT for SolidWorks, .f3d for Fusion 360, .SKP for SketchUp. These files are generally a lot easier to modify because they contain history of the timelines and/or the 2D sketches that you then extruded to be 3D, and they have certain things defined that .STL files cant – curved lines for example.

STL was created for the 3D printing world as far as i know, as evidenced by its namesake stereolithography. It’s a representation of whatever you modeled in your design software, but it’s not the same thing. It uses triangles and only triangles to represent the outer mesh of your designs, and as such can never get to the level of detail that your models can (i.e. curved lines). You can see evidence of this in the nice compound curves of the part you linked 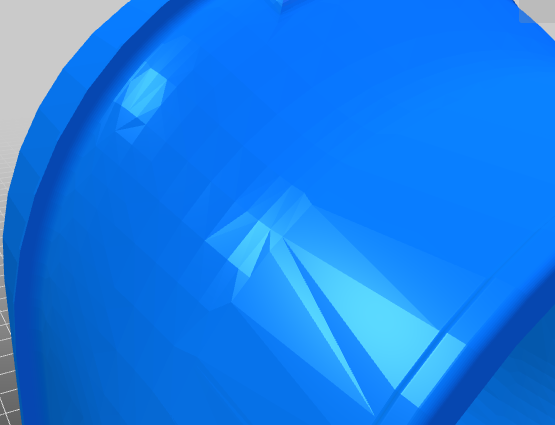 It’s definitely good enough for 3D printing, but the result is that it can make it hard to edit because the nice surfaces and angles and circles that used to exist don’t anymore and it’s a mishmash of random triangles.

A good analogy is that you have a detailed vector file which you then export to jpg or something. From afar, they look the same, but it’s much more difficult to edit the jpg than the vector file. Sometimes the software is smart enough to backtrack and regain some of the detail thats lost (i.e. the image trace functionality in Illustrator) but not always.

Anyways that’s all to say that it can be difficult but not impossible, and I’d recommend Fusion 360 as a good free 3D modeling software to try it out if you’d like.

Thanks for the background! That explains a lot.

I’ll spend some more time thinking about the best way to make this part, and post here again when I’ve got a less ill-posed request.

No prob! You can also try to use MeshMixer, which comes with Windows as far as I know and is supposed to be good for editing raw meshes. (EDIT: No it doesn’t, it’s an autodesk product lol. I think I was thinking of Paint 3D, but that’s useless. I think Meshmixer is free though.)

Like I said, I’ll give it a shot when I get home. The design looks pretty simple, it’s just the edit itself that I’m not sure would be so simple. If I were doing it myself, I’d keep the mounting arms as is, as well as the bottom profile, but then delete everything above that and remake it. 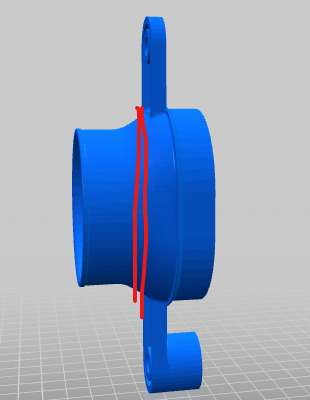 essentially chop it off here and remake the top from scratch. Should be easy I think. I’m no expert hahah

you know, it’s probably easier for me to get some thin steel plate, cut it to size and drill some holes in it, and weld or braze a short section of 2" pipe to it.