Let me try to clean this file up a little. I don’t really have all the time to make it good, but I’ll do my best to clean up the inconsistencies.

It’s alright, that is helpful enough already! Just wanted to clarify. I think with that information I could figure it out. Thanks for the plans! I’ll let you know if I do end up making one and have other questions!

I updated the file (The same link should work and be updated).

I didn’t end up using Exterior MDF. The tops that I made with it were made on the old CNC that was out of square. And it’s actually quite expensive and was a bit more gummy when machining. So I decided to just use regular MDF. Additionally, I want these tops to be considered consumable. People will mess them up. So I prefer as few barriers to replacement as possible.

I do have the machine files for the tops and the sides. I’ll probably make a Wiki entry with some general info and all these docs and files. There are some tips I’d like to throw out there as well like cutting spacer blocks to aid you in glue-ups. Making a glue-up fixture is something that I didn’t do but I absolutely should have done. Not doing so cost me a ton more time and a bunch of inconsistencies.

Thanks for doing that! It is much more clear to me now. Interestingly, I realized that with that cutlist, you can fit it into 26 strips, which you should be able to get out of 1 sheet of 5x5 if you cut the strips into 2 3/16" instead of 2 1/4" and use a thin kerf blade. Might be overkill or trying to squeeze too much out of it with no error margin, but would save you a lot if you didn’t need the extra sheet of plywood. 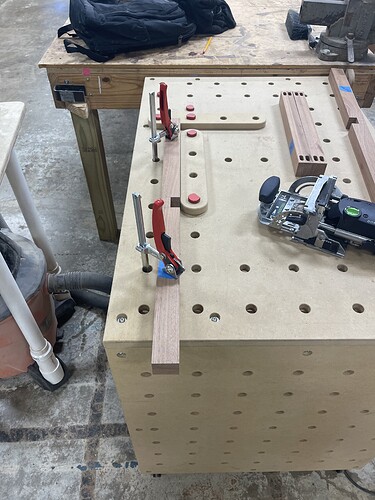 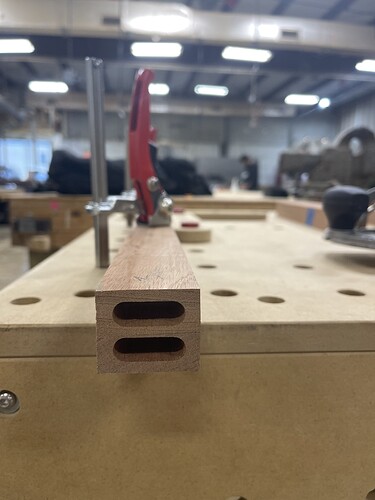 What are you making? Looks great.

That’s the leg assembly for a coffee table made entirely from scrap material, it’s mid century inspired with a weird rounded top 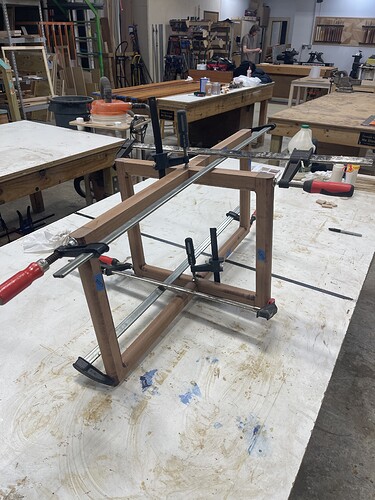 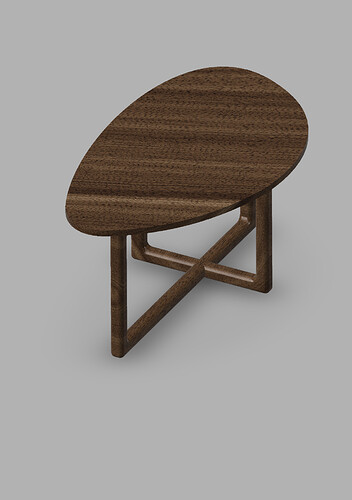