Yep, the power is REAL! 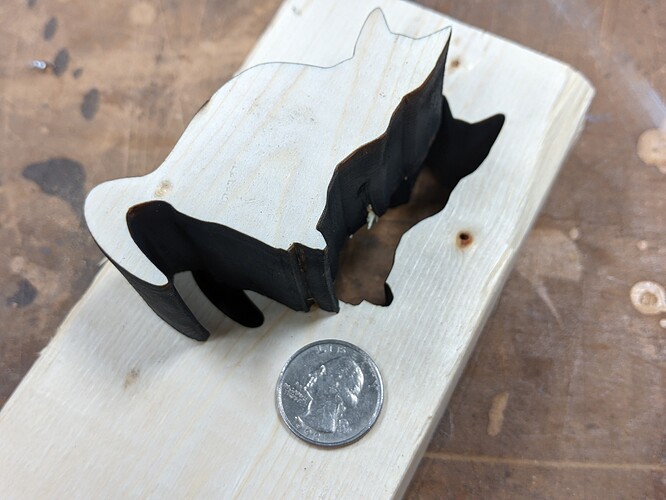 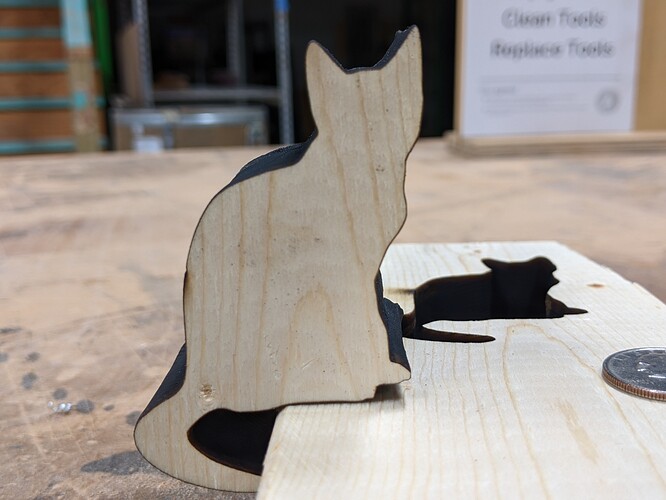 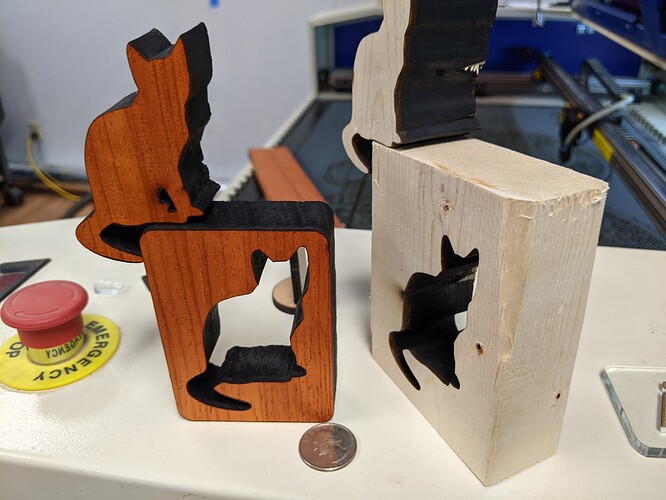 @dannym, I am interested in testing this super-power with 2x4 lumber on Monday night. Your video says that 3mm/sec was successful – is there anything else to keep in mind while setting it up for 1.5" softwoods?

The Z gets raised for minimal clearance from the air assist nozzle, like 1mm clearance.

The paduak was only 1", and was ok with a more conservative focus-.

OK, thanks. I’ve got some drier softwood lumber so I’ll try that.

Oooh! I think I’ve got some leftover sapele from another project. That might come out really nice.

Update for those following along from home… Tarkin is, indeed, very powerful, but we have found an apparent match for it: 1.3" sapele AKA “African mahogany”

We knew it was a stretch, but after Tarkin handled ~1" padauk fairly well (which is generally comparable in hardness and density), Danny was interested to try my chunk of sapele. We attempted a few short notch cuts at 3 mm/s and 2 mm/s. Unfortunately, it only got about 0.5" through, and the exhaust just jetted out of the entry cut after that.

In fact, this little test highlighted one of the real risks of attempting cuts like this: the second cut actually ignited a little ember coal internal to the wood, which continued to burn after the laser turned off. See photo to see how this burned out a cute little cavern in the wood. Could have been much less cute if we hadn’t actively been checking, of course. 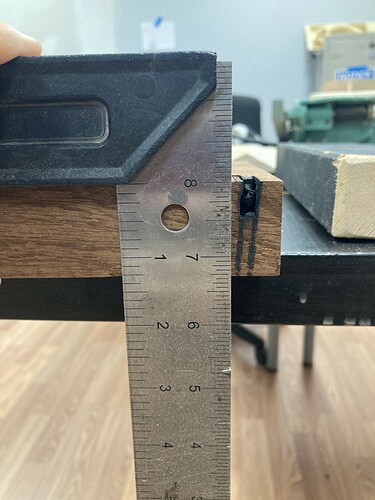 Detail-oriented observers might notice one other interesting bit about this picture: the beam marks on the face of the wood are parallel, but not square relative to the cutting bed. Given that these marks were made as the beam crossed into the wood, they indicate that the beam itself was off a few degrees from true square with the cutting bed (and yes, the wood is properly planed). Don’t worry, though, @dannym was on the case immediately, and was actively making adjustments as I packed up and left for the night. I’ll leave it to him to comment on the status/investigation there. It’s not the sort of thing that would likely make significant impact on thin sheet material cuts, but obviously it is something we’ll want to improve in order to really use this machine to its full potential.

Thanks again to Danny for hanging out to help get me further oriented with the machine and play along with my experiments. I was able to easily cut 18mm plywood earlier in the evening at 5 mm/s. That alone is a very powerful ability in and of itself.