Sat at 8 am, @Allzman and I will be trying out a new flattening bit that Art purchased. I have high hopes for the Slab Slayer. 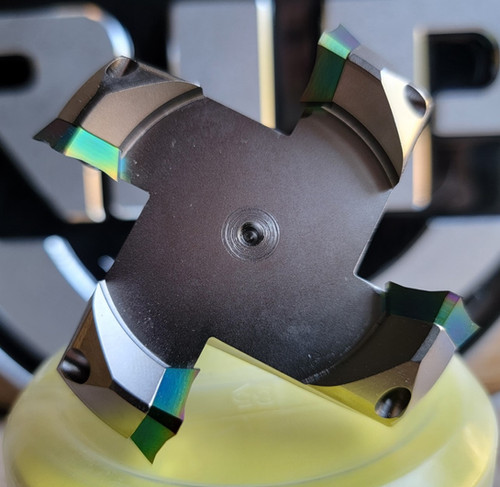 Anybody that wants to come by and watch is welcome. We’ll be trying it out on some Mesquite slabs I purchased this morning.

Hopefully, this bit will stand up to the insane speeds I like to run at. I’ll owe @TravisGood lunch if so.

What is a typical pass depth for slab flattening?

Depends on who you ask. Rough passes, I like to do 1/8 in. Many people will say that’s too much.

I might watch, but with James’s preferred cut speeds, I may do it with binoculars from the loft.

Won’t be able to make this one, but would be awesome if you were able to post before and after pics @jamesfreeman. If you’re surfacing both the top and bottom of the material, one trick I very recently learned was to make tiny pencil markings showing the corners of the material in the spoil board. That way when you flip it over you don’t need to reset your x and y origin, only the z height.

Looking forward to seeing what this slab slayer can do, especially since we talked about it so much last CNC meetup!

Bah humbug to the naysayers. Haha

Argh, I missed it!

Sad I missed this. I actually picked one up after the SIG. Hope to flatten a piece next month

I missed this too! What were the results? Pictures or it didn’t happen…

We started by flattening a cutting board @Allzman brought in. The results were amazing. Both pieces had a finish ready result. I havent post processed the mesquite yet, but suspect it will take very little sanding with a high grit.

Art has finished sanded the cutting board, and I believe it took very little work.

Thank you for posting these,